High-speed rail details to be published by end of year 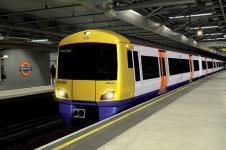 Transport minister Lord Adonis has said that he will publish details of a high-speed rail route from London to Birmingham by the end of the year.

In an interview with the Guardian newspaper, Adonis said that he also planned to include a framework to extend the line northwards to Scotland.

The line would be part of an extensive 250mph network that economists estimate could cost up to £30bn, making it the most expensive British infrastructure project of recent history. Meanwhile, economists believe that the UK’s transport budget will need to be cut twice as fast as was implied by the recent budget over the three years between now and 2013/14.

Adonis also opened the door to running high-speed trains on the existing network, which could reduce travel times from London to Scotland to three-and-a-half hours. He added that the £7bn London-Birmingham line could be funded via PFI.

The government’s company charged with looking into the London-Midlands line, High Speed Two, will produce a dedicated route plan for the first stage of proposal including all associated environmental and economic benefits.