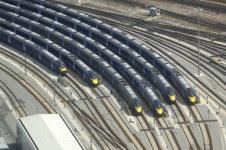 A new high-speed rail link from London to Manchester would cost taxpayers at least £8bn, according to the Times.

Lord Adonis, the secretary of state for transport, apparently told the newspaper that 50% of the line’s cost would be met by public funds. Early estimates suggest the line would cost £16bn to build and nearly twice that if it was extended to Glasgow.

He said: “There is currently no high-speed line in the world that has been built without a very big government subsidy, and it is inconceivable that we could build a north-south high-speed train line without a substantial public contribution.”

Yesterday the minister said that the case for High Speed Two, the line planned from London to the West Midlands and then eventually to Ediburgh, was much strengthened by the success of High Speed 1, running from the Channel Tunnel to St Pancras, the press launch of which he attended yesterday.

The Department for Transport said it was in the process of checking these figures.