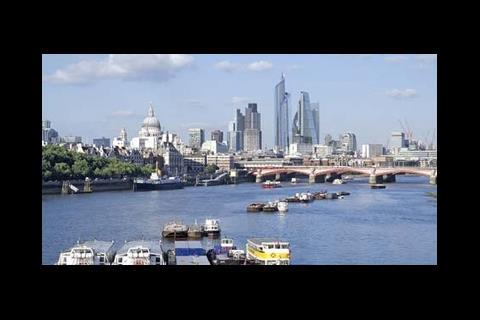 Insurance firm Hiscox has asked the City of London to consider preventing demolition work on the Pinnacle tower for eight hours during the day.

The company, which occupies a neighbouring building, said it wanted "quiet time" on the demolition of the 300m-high building between 10am and 6pm to prevent disruption to staff.

The move is the latest in an ongoing quest by Hiscox to restrict demolition work on developer Arab Investments' £500m tower.

Only last month the High Court granted an injunction against the Pinnacle on vibration levels, water damage, and access to the Hiscox building.

If Hiscox's latest request is accepted, the day would be divided into three, with work being carried out in the early morning and early evening with a further eight hours quiet time for residents at night.

The measures would go above and beyond the limits enshrined in the method statement agreed by all parties on 5 December which states that levels should vary during the day, with quieter hours set between 10am-12pm and 2pm-4pm.

The current order protects Arab if it can prove it has taken “proper and reasonable steps” to prevent a breach of agreed vibration levels.

A spokesman for the developer said he thought the plans would only apply to the Hiscox side of the building and it was a matter for the City to decide.

He said: "It’s a possibility, it might be a way forward, but as things are at the moment we can’t accept it at face value.

"There’s nothing wrong in practice with working to a different timetable, it really depends what the conditions are."