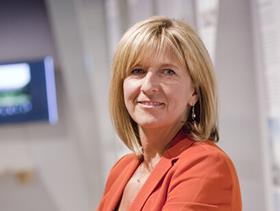 Watson left HLM back in 2007 after nine years at the business which employs 150 staff and has six UK offices.

He joins the firm at the beginning of May and will work out of HLM’s offices in London and Sheffield.

He said: “I will be working across all sectors and focusing on design quality, innovation and helping sector leaders win work in their sectors.”

The move comes as HLM, which is carrying out work on a children’s hospital in Edinburgh along with a residential scheme at Enderby Wharf in Greenwich, south-east London, for housebuilder Barratt, rejigs its senior management team.

Chairman Chris Liddle stays on the board but now becomes chairman of HLM’s parent Covalent.

Richard O’Neil, who has been at the firm since 1996, becomes chairman while Karen Mosley (pictured), who has been with the firm 30 years and became a board member back in 2000, is named managing director.