HOK and Henning Larsen face off in Swedish lab race 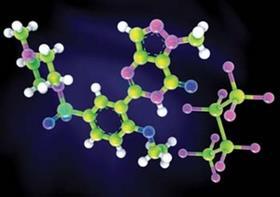 Architects HOK and Henning Larsen are set to face off in a competition to design a €1.4bn (£1.2bn) molecular research laboratory in Lund, Sweden.

Five consortiums were shortlisted for the job in June last year but Building understands three of those have now been told they were unsuccessful in their bids to design the facility. Firms included in the other three consortiums were engineers Ramboll, Buro Happold and Arup, and architects Mecanoo and Foster + Partners.

The project, called the European Spallation Source (ESS), involves designing a building to house a series of labs that will study the results of material being shot with neutrons.
HOK is working with Danish architect Bjarke Ingels Group and German designers Topotek1 and Man Made Land, while fellow Danish practice Henning Larsen is teamed with international architect COBE, Scandinavian architect SLA and engineer NNE Pharmaplan.

The winner of the competition had been expected to be chosen in October 2012 but is now expected later this year.

A total of 23 consortiums originally put bids in for the design competition.

Speaking at the time of shortlisting of five consortiums, Colin Carlile, director general of ESS, said: “I am impressed with the high quality of the contestants. This is an exciting step for us.

Our ambition is to develop an excellent architectural design that will reflect the values of ESS and its importance in the European scientific landscape.”