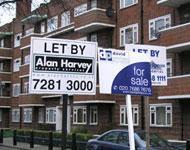 UK house prices rose by 5.9% in 2009, according to a report by building society Nationwide.

The average price of a home went up for the eighth month in a row in December, rising 0.4%. The rise in prices this year contrasts with 2008, which saw a dramatic fall of 15.9%.

However, Nationwide expects prices to change little in 2010.

Martin Gahbauer, chief economist at Nationwise, said: "This year's recovery has to some extent been driven by transitory factors and there are reasons to believe that it will lose momentum over the coming year."

"At the same time, there is no obvious catalyst on the near-term horizon that would trigger significant renewed falls in prices, such as a sharp spike in interest rates. At this stage, it seems likely that 2010 will see no significant house price movements in either direction."