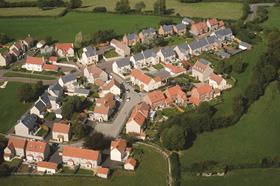 The UK needs to double its housebuilding output within 5-10 years to meet demand, Barratt chief executive Mark Clare has said.

“The battle has passed to us now” he said.

Other panellists said construction needed to improve its image to attract the next generation of workers.

Judy Lowe, CITB deputy chairman, said careers advice for construction was “50 years behind the times”, but said she was hopeful University Technical Colleges would start to help attract young talent.

Mike Putnam, president and chief executive of Skanska and co-chair fo the Green Construction Board, said the UK could learn from Sweden, where his parent company is based.

Graduates in Sweden voted Skanska the top employer, ahead of Google, he said.

He also fielded a question on the future of the Strategic Forum, which has been placed in doubt after the government today announced a new construction industry council.

He thanked them for their input in policy and said their future was “for them to decide”.