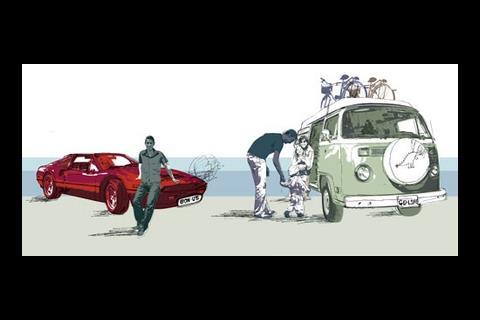 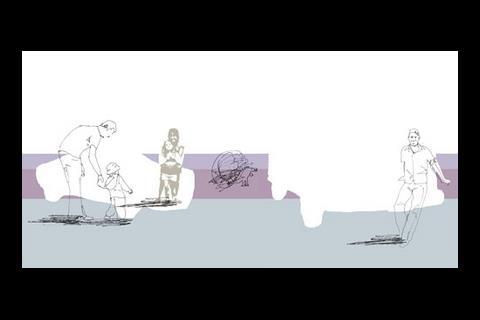 With the big bucks of the private housebuilding sector less forthcoming than they were six months ago, many people are beginning to notice the better work-life balance offered by registered social landlords. Jon Neale reports on the findings of Building’s second annual housebuilders’ salary survey

This year’s survey of salaries in the housing sector comes with a warning. On the face of it, the results are encouraging, as basic pay and bonuses appear to be increasing rapidly. Salaries are up 4% on average – more in certain sectors. For example, land and planning directors in the Midlands are now paid 11% more than last year, and bonuses are often as much as 50% for development and land directors, compared with 40% or less last year.

But the figures – which reflect the booming market 12 to 24 months ago – mask a deepening problem among mainstream housebuilders. Since the credit crunch, the salaries that are being offered have started sliding dramatically. And for many, this has led them to reassess where their priorities lie, with the benefits offered by registered social landlords suddenly becoming more of a persuasive factor.

‘The whole theme has changed’

According to Mark Heald, director of the residential division of recruitment company PSD, “Over the past two months, the whole theme has changed because of what has happened in the economy, not just here but in the US as well.” Housebuilders moving job can expect to receive far less than they would have done last year. “We are seeing people being offered 10, 15 or even 20% less than they were in their previous roles.”

Heald points to a commercial manager who was recently made redundant from a job that paid £60,000. He has managed to find another position, but on a salary £12,000 lower. “This is rather opportunistic and short-sighted of firms”, he says. “As soon as the market improves, staff will look to go elsewhere.”

One director at a medium-sized firm agrees with this analysis. He says: “You certainly hear in the residential market that a lot of projects are being put on the backburner. A lot of people are frustrated that they have resources but there is nowhere to deploy them. There are a lot of people out in the marketplace chasing opportunities. It used to only be the ‘not so good’ staff who were out there looking for jobs, but the current climate is bringing a lot more people out.”

Indeed, there have already been a number of high-profile closures. Antler Homes has shut down all of its offices outside the South-east, and Taylor Wimpey has let go of almost 600 staff since last year’s merger. There are a host of other examples.

However, the doomladen forecast for the market – and job prospects – has accelerated one trend already well documented: the attractiveness of the registered social landlord (RSL) sector to mainstream development staff.

There are parallels with the land market: just as RSLs are swooping in to buy land now that the housebuilders have exited the market, they are seeing the problems in the recruitment market as an opportunity to secure highly skilled, commercially-orientated staff for their private sales divisions. This is a particularly intensive area of activity for RSLs at the moment as the general squeeze on government finances means they have to be more efficient with the grant they receive.

The climate of insecurity means that some of the benefits offered by RSLs are often the deciding factor in attracting staff. One RSL development director, who was previously with a housebuilder, said: “I thought it was time to move as the market is so uncertain. Sales are falling. It is also a slightly better deal, largely because of the final salary pension scheme. I think private sector companies really underestimate how important that is. You might not think about it in your twenties, but when you get a bit older, it becomes vital.

“The job is also more interesting. I acquire the land and take it through the development process. RSLs also tend to go for more complex schemes. For a lot of housebuilders, anything more complicated than building boxes in a field makes their heads hurt.”

According to PSD, 14% of staff are “willing to exchange the earning potential associated with the private housebuilding sector with that of the work–life balance and flexibility of working for a housing association”.

Quality of life issues are a powerful attraction. The survey found that employees in the affordable housing market work on average 37.5 hours a week – 11 hours less than the typical week in the private sector.

Richard Prynne is a development director at Notting Hill London, the private division of the Notting Hill Housing Trust. He decided to make the transition last year after 20 years working for Charles Church, Fairclough Homes and latterly Winchester developer Infinity Homes, where he was a director.

He says: “Remuneration is lower, mainly because there is not a bonus scheme. The pressures are different, too, as the private development side is not the core business. But although people work hard in the RSL environment, there is not quite the same frenetic City-type issues that listed companies have. There is a more flexible approach to how you work.”

Others in the industry point to better holiday packages and a more nurturing environment. But Prynne warns that the roles are not suited to everyone, given the presence of the “local authority” mindset. “If 14% were to make that move, at least half of them would become very frustrated and would want to go back. Undoubtedly, you have to grin and bear an awful lot of procedural issues that you don’t get in the private sector. If you are a white-socked land buyer, you really would not accept having to deal with all the reporting.”

A chance to put something back

Others say the RSL sector is every bit as challenging as the commercial sector. John Allen was managing director of Scottish housebuilder Cala Homes until he was recruited by A2 to head its new homes division, branded as A Plus New Homes. He says: “In all honesty, there is massive potential for an extremely lucrative business. The RSLs are sitting on fairly significant landholdings. There is a colossal potential to be a good-quality residential developer, not having to focus so much of the daily grind of scraping every last bit of profit out of land.”

Indeed, it was these very challenges that attracted him. He had a secure full salary pension at Cala, and is now working just as long and hard as he was in his previous job.

But there is another factor: “It appeals to me to be able to put something back into the community. I do like the idea that the profits we are making from normal residential private development are going to help those who cannot get on the ladder. After all, I have two kids myself.”

For those determined to stay in the private sector, however, PSD’s Heald has a few words of advice. There are jobs out there, he says, but you may have to make a few sacrifices if you want to maintain your position and salary. “There is no doubt that there is still a severe skills shortage and ‘quality’ professionals are still in demand. Norman Tebbit may have once said ‘get on your bike’ – in this instance individuals may have to commute that bit further or even relocate to secure a suitable position.”

The PSD Group/Building salary survey was carried out by PSD Group, a specialist in senior-level search and selection across the property sector. There were two elements to the research: an attitudinal survey sent by post, and emails targeting about 1,000 individuals at senior management level across the housebuilding sector. This covered large plcs, private builders, niche developers, registered social landlords and affordable main contractors.

The capital and its hinterland remain an exception to the current tale of woe in housebuilders’ salaries. It seems that housebuilders are still actively recruiting there, presumably because they are betting that this part of the market will be relatively insulated from any crisis elsewhere, thanks to its international appeal. Based on this year’s evidence, not only are salaries the highest in the country (by some margin) but are increasing at a rapid rate.

Managing directors around London are paid £163,000 on average – £25,000 more than any other region and 6.5% more than at the same time last year, not taking into account bonuses, which are almost double their salaries. Although it is unlikely that these sorts of rapid pay rises will continue this year, there is at least anecdotal evidence that the market remains fairly steady, suggesting that pay packets may stay flat rather than falter.

Public life: moving to an RSL

After more than 10 years at MJ Gleeson, working on the construction side at first but more latterly on homes, Mary Parsons moved to Places for People last year. Her most recent experience at Gleeson was working on big regeneration schemes, so in ways the roles are similar.

She says: “I was not joining an RSL for an easy life. My current role is national, and in terms of travel, for example, it is exactly the same. Places for People isn’t the archetypal RSL any more, which is why I wanted to work there. They have a more commercial approach, and I think there are parallels with the private sector in terms of what they want from staff. However, everyone feels it is a more supportive environment.

“The culture is very different, and they are more focused on helping staff. There is a flexitime arrangement, which you would never get in the private sector.
“At my level, it is still very busy. I was in York on Monday, Newcastle on Tuesday and Birmingham on Wednesday. I am due in Bristol and London later this week. However, I don’t always have to travel: they have invested in IT to make it easier to work from home and have a good work–life balance.”

However, she remains adamant that PfP, and other pioneering RSLs, are increasingly commercial. “I would get a real kicking if I didn’t make a profit. It was a real career opportunity for me, producing good developments with fantastic needs, helping people with intensive housing needs. That’s a lot of scope in one organisation.”