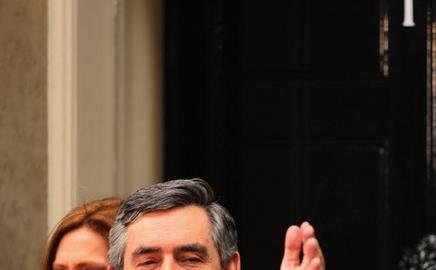 The industry was this week hoping for a continuation of strong public spending under Gordon Brown, who replaced Tony Blair as prime minister on Wednesday.

Brown is known to have a keen interest in industry. As Building went to press he was expected to unveil a government reshuffle that would see more emphasis on housing and energy.

Brown, who commissioned the Barker review into housing, said this week that he would move the subject further up the agenda and promised to expand public housing.

It is also believed that the housing minister will be given greater authority in the reshuffle, either through a Cabinet post or by reporting directly to the Cabinet.

Yvette Cooper was thought likely to retain responsibility for housing.

Brown is also expected to announce a strengthened energy ministry, potentially by moving the energy portfolio away from the DTI and combining it with the environment brief.

Speculation of a comprehensive break-up of the DTI was not expected to materialise.

• The UK-wide smoking ban, which applies to all workplaces, comes in on Sunday.

This will apply to smoking within company vehicles, as well as on sites and in offices.

The Construction Confederation warned: “If employers are going to allow smoking breaks during the working day, they will also need to consider how these informal absences will affect non-smokers who are entitled to time out only during their official lunchtime and breaks."