Housing associations hit out at “Thatcher-style” Right to Buy plan 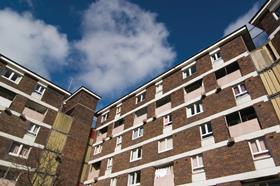 The National Housing Federation has hit back at suggestions that the Right to Buy scheme may be extended to all housing association homes, saying such a move could have “serious and long-lasting consequences for future generations”.

The Daily Telegraph reported yesterday that work and pensions secretary Iain Duncan Smith was understood to be promoting the plans for a “Thatcher-style” scheme in discussions over the Conservative election manifesto. The strategy would give housing association tenants the right to buy their home, with the money raised from selling off properties used to build more homes.

But Catherine Ryder, head of policy at the NHF, the umbrella body for housing associations, said such a move would deepen the housing crisis. She said: “The current Right to Buy scheme has already shown that selling off homes with huge discounts makes them very difficult to replace. This has already reduced the number of affordable homes available for the nearly 1.4 million people stuck on housing waiting lists. Extending the scheme to all housing association homes would make this situation even worse.”

Ryder added: “It is also highly questionable whether it is right to compel a charitable organisation to sell off assets for far less than they are worth.