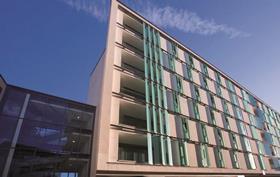 The government has not yet done enough to guarantee the creation of an institutionalised investment market for private rented housing, according to a panel of experts at the Resi 2012 conference.

The panel was responding to a speech by the director general of neighbourhoods at the communities department Peter Schofield, outlining recent government measures to boost the private rented sector, including its swift endorsement of last month’s Montague report into the sector.

Alan Cunningham, chief executive of developer and residential investor Grainger, said: “It’s encouraging that the government is showing real support for the private rented sector. But the big question is whether what they’ve said goes far enough.

“Our view is it’s not enough to level the playing field with the market for owner occupied housing, it’s about building a different playing field altogether. We wanted something [from government] that might reduce the up-front costs of developing homes for rent, in order to help tackle viability.”

Encouraging institutional investors in to the private rented market is seen by government as a potential way to get more new homes built. However, investors have largely been put off by the poor yields from homes built for rent, which mean sites for rent are less viable, and difficulties with management.

Cunningham added: “We were slightly disappointed that the section 106 reduction applies to all housebuidlers as well as private rent. It puts us back in the same situation [of relatively poor viability] as we were before.”

Jonathan Rust, chief financial officer of developer Residential Land, called on the government to give rented housing a different planning class, in order to evade the issue lower land values, and to address difficulties with tax treatment for private rented homes.

Liz Peace, chief executive of the British Property Federation said that while she was very reassured by the government’s quick response to the Montague report, her “principal concern” was that the recommendations didn’t go far enough. “We’ve been here before with government’s saying they want to encourage the growth of the private rented sector. The question is do they really mean it?

Stephen Stone, chief executive of housebuilder Crest Nicholson added that the sector needed tax breaks to encourage rapid growth, and that it was unlikely to be boosted be government guarantees of investment. “The government needs to forget about guarantees and come up with a good old fashioned tax break. I bet that in a year’s time when the guarantees are still not working they’ll have to throw money at it – and that’ll either be cash or a tax break.”

Peter Schofield said the government was “absolutely committed to make this happen. We can’t afford to let a potential source of housebuilding go without pushing it.”

He said the task force, which is due to be set up in the next few weeks to drive the implementation oft eh government’s strategy, would be “catalytic” to quick growth. Schofield declined to say when the task force would be operational or who is likely to lead it.

However, he added that interested developers should email the government at housinggrowth@communities.gsi.gov.uk in order to be kept abreast of developments from the task force.