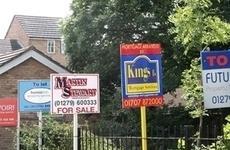 Data published by the property website Globrix has revealed that one in five properties in some areas of the UK has been on the market for the whole of 2008, the BBC has reported.

The data shows that some regions of the UK display far above the average of 5% of homes remaining unsold since the beginning of the year. The situation in the north of England is particularly critical.

Rochdale: 26% of properties on market throughout 2008

The highest city on the list is Manchester, with 13% of houses on the market for all of the last year.

Daniel Lee, chief executive of Globrix, said the problems in the housing market were the result of 'over-supply' of new apartment blocks and 'an unwillingness by sellers to lower their asking prices to more realistic levels.' He also put the problem down to banks' reluctance to make mortgages available, particularly to buyers with small deposits.