How the government killed off Steptoe & Son 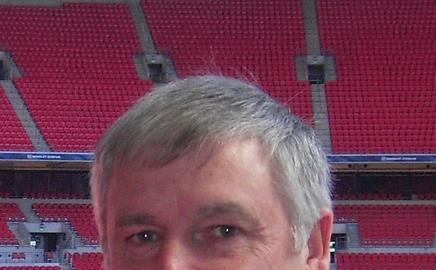 When I began working in the industry 30 years ago, rag and bone men roamed the streets. They were part of part of a network of small, family-run businesses – yards – each of which specialised in handling a different material. It was a self-sufficient, ready made, recycling, green dream. They got a lot of their goods from demolition firms, such as ours.

In those days the demolition and recycling industry was self-regulating. It had enough smaller operators to respond swiftly to market demands. Back then, having living through a couple of world wars, people had a culture of ‘waste not want not.’ But the real reason that the ‘rag and bone’ trade and the yards survived was simpler than that: money. It was those people’s business and their livelihoods!

Where did they all go?

It's 1997. The Environment Agency is in full swing, insisting that every business that wishes to recycle waste must apply for a licence. The process of getting a seal of approval is long and arduous. It wipes out most of the smaller recycling yards.

I work in demolition, which has connotations of destruction. This image feeds into the bad press that construction gets for being against the big green policies of major corporations and governments.

But these dramatic images are far from the truth. Modern demolition has become a much more precise art form. Specialist high reach machines nibble away accurately at the fabric of a building, gently tugging the infrastructure to the ground. Workers often sort through rubble and load skips by hand, making reuse of materials and minimising impact on clients’ business.

We are intimately involved in recycling and always have been. Recycling was important to us long before the introduction of the ‘Landfill Tax.’ The problem is that the legislation introduced by the present Government under the EA makes recycling harder and not easier. It could result in more stuff going to landfill and not less.

If I was a fruit and veg seller at the market I could sell my tomatoes, no matter how squishy

One man’s rubbish is another man’s treasure

For those of us who were successful in obtaining a licence, the problems didn’t stop there. One of the hurdles is the definition of ‘waste.’ The EA can tell me what is and what isn’t waste on my firm’s Environmental Resource Park, which restricts me from developing my recycling operation. We are only able to process those materials that are on our licence. Anything that isn’t goes to landfill whether it can be recycled or not.

If I was a fruit and veg seller at the market I could sell my tomatoes no matter how squishy, though I would probably have to sell them at a discount. But the EA insists on classifying everything on the site as ‘waste’ and only allowing us to sell that for which we have a licence.

These restrictions make it impossible to be flexible to market demands. Before the issue of licences we – the demolition folks, the rag and bone men, the yards – could recycle anything that there was a market for.

Giving with one hand, taking with the other

The lack of joined up thinking within Government creates waste and anomalies. Take wood, for example. To my mind, the opportunities for saving building site waste wood from landfill and reusing it in wood burning, are obvious. At last we can chip it and sell it – or even give it away. You’d think it would be simple. But it’s actually impossible; a demolition and recycling contractor needs a specific clause in its licence to allow it to undertake this activity. While we have been eagerly applying for permission to give away wood to burn for free, another sector – farming – has been issued with grants that allows farmers to grow ‘energy crops’ specifically for coppicing to serve the biomass market. But with the market already saturated by grant-fed coppice, the wood goes … into the landfill. This is clearly not a sensible environmental solution.

It makes you wonder how committed the Government really is to reducing landfill – or whether they just want to use the industry to raise tax.

A waste of opportunity

Some day perhaps an entrepreneurial spirit will come along to solve our recycling woes and do something with those glass bottles and plastic jars that we put into the green bin, feeling at one with nature. Not much happens to them most of the time.

But I feel the EPA is more likely to hinder than help these efforts. With more freedom – more joined up thinking, less interference – the demolition industry could go back to minimising waste. It is our business. Perhaps we would then hear the cries of: “Any old iron?!” on the streets once more.

Colin MacLoughlin is founder and chairman of General Demolition, a demolition and recycling contractor which serves London, the Home Counties and the South of England.