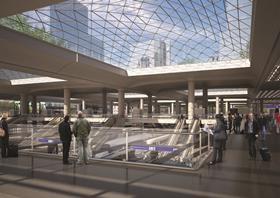 The Court of Appeal has rejected seven challenges to the government’s decision to go ahead with the High Speed 2 rail project.

Earlier in the year the High Court rejected challenges from campaign groups HS2 Action Alliance, Heathrow Hub Ltd and the 51m coalition of local authorities to the government’s decision to approve the £43bn project.

They had argued that the government’s decision did not comply with the law on a number of grounds.

Today, the complainants appeal was turned down by a panel of appeal court judges.

They also said the government had not failed, as campaigners had claimed, to comply with its public sector equality duties; had considered Heathrow Hub’s proposals properly; and was rational in deciding to locate the London terminus at Euston.

High Speed Rail minister Simon Burns said parliament was “the right place to debate the merits of HS2, not the law courts” and pledged to introduce a hybrid bill for phase one of the project this year.

He added: “I urge opponents not to waste any more taxpayers’ money on expensive litigation and instead work with us on making HS2 the very best it can be.

“We continue to move forward with the crucial business of getting the scheme ready for construction in 2017 and delivering enormous benefits for the country.”

Martin Tett, chair of 51M, said: “This is another example of the Department for Transport and HS2 Ltd riding roughshod over public opinion, ploughing ahead regardless of what local communities want and ignoring the environmental merits of the alternatives.

“We have evidence that our alternative to HS2 would provide all of the capacity required, far more quickly, at a fraction of the cost and would be less damaging to the environment.”