Paul Griffiths, whose CV includes a stint at Mace, takes over from Alison Munro 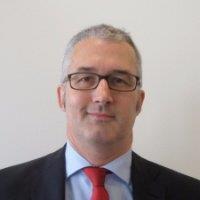 HS2 has made an internal move with the announcement that Paul Griffiths has taken over as managing director of phase 2 of the link following the departure of Alison Munro last month.

Griffiths (pictured) was previously the development director for the second phase of work on the line which runs north of Birmingham via north west England to Manchester and via the East Midlands to South Yorkshire and Leeds.

Before joining HS2 two years ago, Griffiths spent six years at West Midlands transport authority Centro as Metro and Sprint programme director, and was responsible for the expansion of the light rail system in Birmingham.

He has also had roles at Metrolink, Manchester City council, as well as Mace where he spent five years as an operations director before leaving the business a dozen years ago.

HS2 chief executive Mark Thurston said: “During his time with the company Paul has been instrumental in helping us to get the designation of the route to Leeds and Manchester.

“With his knowledge and understanding of the programme he is exceptionally well placed to continue the detailed route design and bring the benefits of HS2 to more places in the Midlands and the North.”