HS2: The story so far 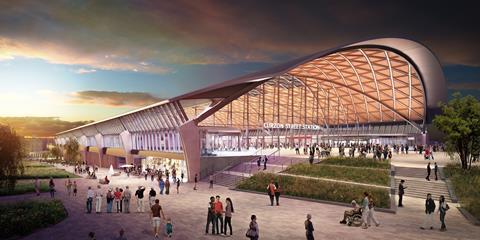 HS2 has been a controversial project from its inception, with the £56bn project now officially under review.

The official line about the scheme’s future has remained positive, despite a number of calls to either scrap or alter its scope.

With the main construction works set to ramp up later this year despite a legal challenge, and first services not expected to start running to 2026, there is plenty of news still to come in the ongoing story of HS2.

What is the HS2 route?

Phase 1 of the project is the section of the HS2 line that will connect London and Birmingham, with stations at Euston and Old Oak Common in the capital and Interchange station near Birmingham airport and Curzon Street in the heart of the UK’s second largest city.

When will HS2 be finished?

The official schedule for HS2 has Phase 1 of the project opening in 2026. Phase 2a is then due to be finished in 2027, with the full line to Manchester and Leeds due to be open by 2033.

A review carried out by HS2 chair Allan Cook has found that that timeline is unrealistic, with the man in charge of the scheme saying that it could be up to seven years behind schedule.

He said that phase one will be finished between 2028-2031 while the entire project would be completed sometime between 2035-2040.

How much will HS2 cost?

The official funding envelope of HS2 still sits at £56bn but Cook’s review of the project has found the true cost of the project is set to be between £81bn and £88bn.

Cook said the original costing process for the project, which was carried out in 2015, did not include scrutiny of ground conditions and other elements of the phase 1 scope.

He said: “The funding at [the 2015 spending review] took into account estimates based on initial client estimates derived from desktop drawings for the hybrid bill and without the benefit of any investigation of ground conditions or similar levels of detail across all areas of scope,” he said.

What is the Oakervee review of HS2?

Doug Oakervee, who was previously the chair of HS2, has been put in charge of a review of the project promised by Boris Johnson before he became prime minister.

The review, which officially started in August, is set to inform the government’s decision about whether or not it should stick with the project.

Some of the other options being considered in the review are whether the line should terminate at Old Oak Common rather than Euston and whether to reduce the line’s speed in order to make sure costs don’t rocket further.

Oakervee’s report was originally due to land on transport secretary Grant Shapps’ desk by the end of November but has been delayed by purdah and the general election.

12 November 2019: A leak to the Times says former HS2 chair Doug Oakervee has concluded the scheme should go ahead in full, connecting London, Birmingham, Manchester and Leeds.

23 September 2019: HS2 announces chief operating officer Richard Robinson is leaving less than a year after starting at the firm

3 September 2019: HS2 chair Allan Cook’s “stocktake” review of the project is revealed. The project could cost up to £80bn and be seven years late

28 August 2019: Bechtel decides to pull its opposition to HS2 signing a deal with a Balfour Beatty team after being told it could be liable for a compensation claim

21 August 2019: Doug Oakervee’s review of the project is officially launched

9 August 2019: HS2 confirms it is restarting the procurement process for two more jobs

11 July 2019: HS2 scraps the process to find a contractor to build a £435m station in the middle of Birmingham

10 July 2019: A transport minister confirms HS2 chair Allan Cook is carrying out a review of the project

22 February 2019 - Bechtel launches legal action against HS2 after missing out on the £1.1bn contract to build Old Oak Common station.

6 February 2019 - HS2 announces the deals to build its London stations at Euston and Old Oak Common have gone to bids led by Mace and Balfour Beatty.

16 January 2019 - The appointment of contractors to build the HS2 stations at Euston and Old Oak Common is officially pushed back.

29 April 2014 - HS2 passes through Commons with a vast majority. The scheme cleared its second reading in parliament by 411 votes.