Firm hit with £1.8m penalty after roadworker’s death in 2014 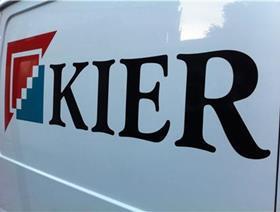 The Health and Safety Executive is warning firms to make sure site safety on roadworks schemes is up to scratch after Kier was handed one of the heftiest fines for a contractor in recent times.

The firm was told to pay a £1.8m penalty after pleading guilty to health and safety breaches following the death of a worker on a highways repair job near Lidgate in Suffolk more than three years ago.

Ipswich Magistrates’ Court heard that Kier Integrated Services Ltd was the principal contractor for the roadworks and Sean Hegarty Ltd was the subcontractor on surface repairs to the B1063 for Suffolk County Council.

On 13 May 2014, workers from Sean Hegarty Ltd were using a road planer to remove the old tar from the south bound side of the road, while the north bound side had traffic lights to control the direction of the traffic.

During this operation, the driver of the company’s flatbed lorry noticed a worker – named as Aidan Gallagher – lying in the road to the offside rear of his vehicle, which had been reversing slowing behind the road planer’s conveyor belt to collect the debris the planer scraped from the road surface. He was taken to hospital but died of his extensive injuries.

HSE inspector David King said the case was a reminder that firms had to plan properly for the sort of work.

He added: “The planning of roadworks needs to start by considering the design, and how road workers and members of the public will be protected from moving vehicles, this could mean road closures, reducing speed limits or other measures. Whatever the controls in place, those in the area need to have sufficient space, barriers and controls to ensure the risks to them are minimised.

“In this instance the only control measures in place were cones along the centre of the road, and traffic was allowed to pass at 60mph, close to the workers who were not provided with a safety zone given the lack of space. Had adequate controls and a safe system of work been in place this terrible incident could have been prevented.”

In a statement, Kier said: “We acknowledge and accept the sentencing decision of the court and wish to convey our sincerest sympathies to the family, friends and colleagues of Aidan Gallagher.

“Operating a safe and sustainable business is Kier’s number one priority and we regret that on this occasion our high standards were not met.

“We work collaboratively with our supply chain to strive for continual improvement in safety standards and to develop new approaches to safe working.”

Last year, Balfour Beatty was slapped with the biggest fine since new sentencing guidelines were introduced nearly two years ago. The firm was handed a £2.6m peanlty following a trench collapse at an offshore windfarm in Lancashire in 2010.