Image of the week: City of lights 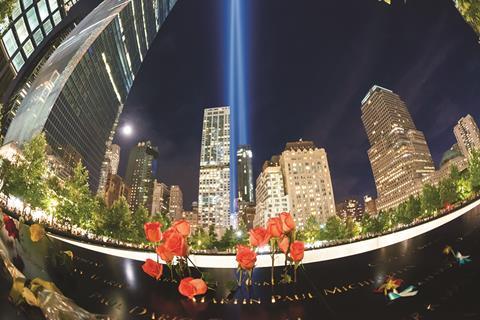 The public art installation Tribute in Light shines over the 9/11 Memorial in New York on Sunday for the 15th anniversary of the September 11 terrorist attacks. Tribute in Light, which consists of 88 searchlights placed next to the site of the World Trade Center to form two vertical beams, debuted in 2002. It is staged annually in memory of the 2001 attacks and their victims.