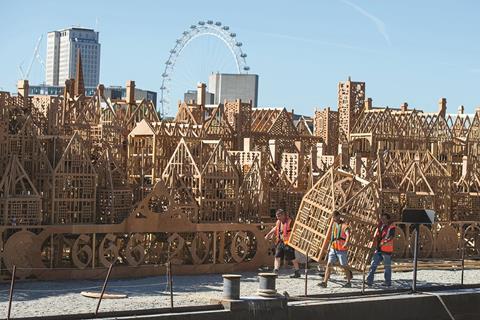 Workers at Victoria Embankment in London, on Tuesday, apply the finishing touches to a 120m-long model of the city’s skyline as it would have appeared in the 17th century, prior to the Great Fire of London. The model is part of the London’s Burning festival, to mark the 350th anniversary of the fire, which led to much of the inner city being destroyed and rebuilt.