Image of the week: Get a dollop of that 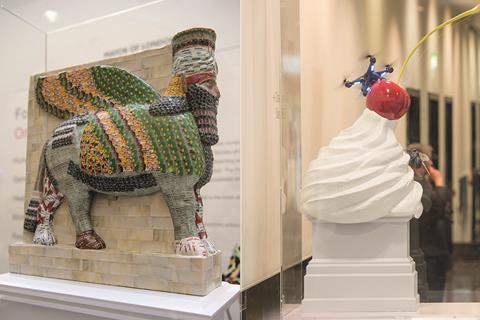 The two winners of the next commissions for the Fourth Plinth in Trafalgar Square were announced on Tuesday. The first, called Invisible Enemy Should Not Exist by Michael Rakowitz, will recreate the Lamassu, a winged bull deity that was destroyed by Isis in Iraq.

The second is a dollop of ice cream topped with a cherry and parasites, called THE END, by Heather Phillipson. They will be unveiled in 2018 and 2020 respectively and will be the 12th and 13th works to appear on the Fouth Plinth since the programme began in 1998.