Image of the week: The metal giant

The largest mechanical puppet ever built in Britain 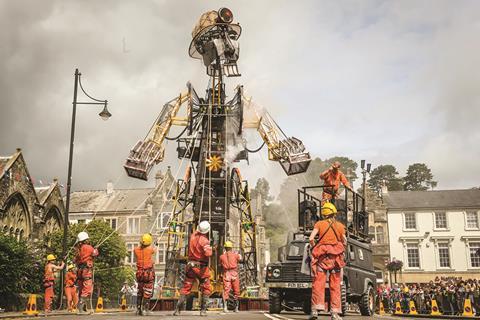 The largest mechanical puppet ever built in Britain, Cornish Man Mining Engine, is unveiled in Tavistock to hundreds of people on Monday. The 10m high creation was made for the 10th anniversary of the Cornwall and West Devon mining landscape being added to the Unesco list of World Heritage Sites.

It has begun a 130-mile journey across the length of the World Heritage Site from Tavistock in Devon to the Geevor Tin Mine at Pendeen in Cornwall.