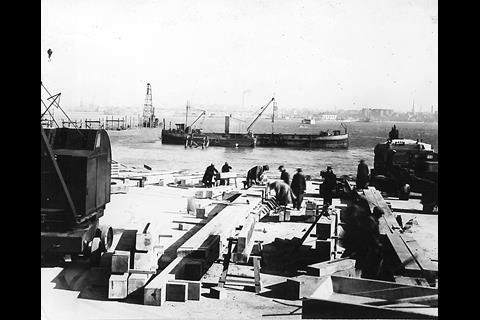 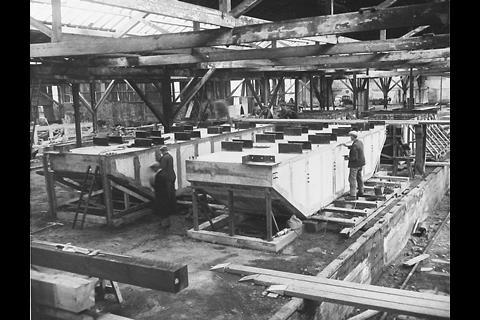 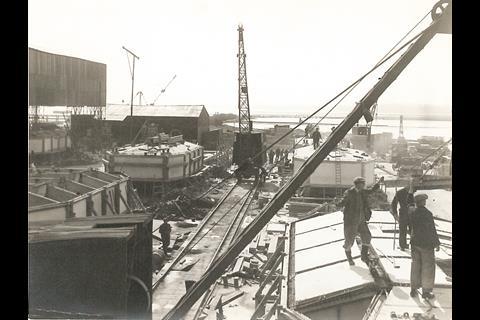 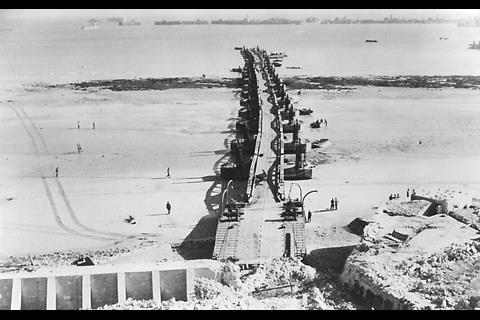 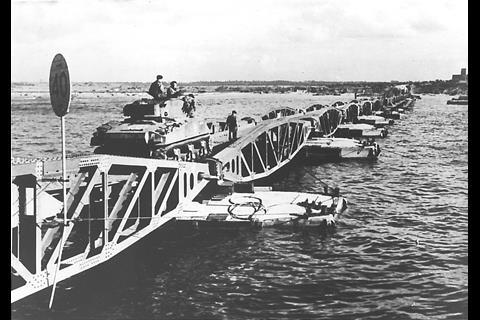 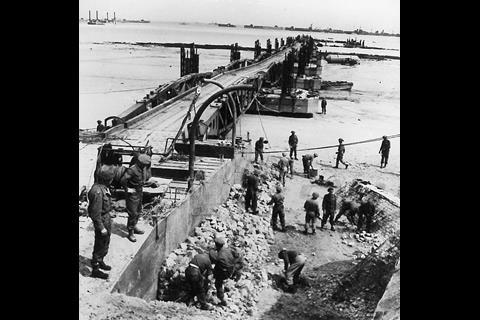 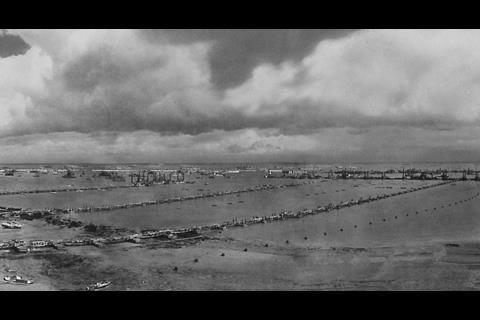 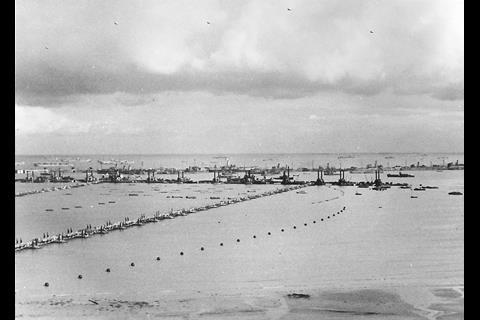 As the UK remembers the 75th anniversary of the D-Day landings on 6 June 1944, Wates has delved into its archives to recover photos of engineers building floating docks.

The Mulberry harbours were used to anchor off the French coast by ships carrying supplys, military vehicles and troops.

The pontoons were designed and built in secret by around 200,000 engineers from several different firms – including Wates – in the seven months to June 1944.

Having developed a speciality in pre-cast concrete structures, Wates supplied concrete pier and pierhead pontoons for the Mulberry harbours.

The pontoons were made at yards and docks across the country, including Southampton, Mitcham and the West India Docks – before being assembled in Sussex and towed across the Channel to Normandy in sections.