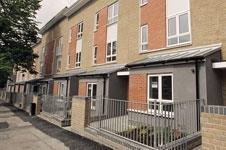 A newly formed campaign group has urged the government to initiate a major programme of social housebuilding.

The 2020 Group, which comprises construction bodies, local authorities and unions, wants 100,000 units of social housing built over the next two years.

Costing £6bn, the programme also would help meet the massive pent-up demand caused partly by the recent rise in repossessions. Council housing waiting lists in England are expected to reach 5m by the end of 2010.

The new group is chaired by Kate Barker, a member of the Bank of England's monetary policy committee and author of a 2004 report to the UK government on housing supply.

The 2020 Group says the move would also help prevent a loss of key skills in housebuilding and improve cash flow for developers.

It argues that the government would profit from the investment through tax revenue from job creation.