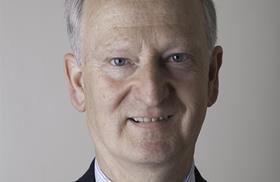 Plans by the CITB to move out of its historic home at Bircham Newton have been broadly welcomed – despite the local MP pledging to stop it.

The training group has been based there since 1966 but last month it unveiled plans to swap its Norfolk address for a new headquarters in Peterborough.

They are a part of a huge shake-up at the group which will also see the end of direct training and proposals to cut as many as 750 staff from its 1,300-strong payroll.

CITB chief executive Sarah Beale said the group didn’t need its 45 acre site at Bircham Newton anymore telling Building: “In the future we will be a much, much smaller organisation because we will be delivering less.”

“Bircham Newton is inaccessible, moving it to Peterborough is positive,” said Brian Berry, chief executive of the Federation of Master Builders.

He added: “The recognition of streamlining and cutting costs is very good.”

And Richard Threlfall, head of infrastructure, building and construction at KPMG, said reform of the CITB is long overdue. “It was established in the days you set up public organisations like the Milk Marketing Board in order to deliver directly.

“It’s become too bureaucratic and needs to be slimmed down and deliver more through others.”

Build UK chief executive Suzannah Nichol said the shake-up was overdue. “The majority of training is provided by the market in a whole range of ways,” she added. ”They are not dropping anything that the industry really needs.”

But local MP Henry Bellingham (pictured) has met up with a number of ministers including business secretary Greg Clark and housing minister Alok Sharma in an attempt to pile pressure on the Construction Industry Training Board to rethink its move out of Norfolk.

Bellingham, the Tory MP for North West Norfolk, said many of the staff under threat will struggle to find alternative work.

“It would take a large chunk out of the local economy and would be very damaging,” he told Building.

And he said the CITB should be told to have a rethink about its plans. “This is quite extraordinary at a time when the government is pushing the construction skills agenda with extra money in the Budget. To throw the whole thing into reverse is reckless in the extreme.”

He said National Construction College at the site could be taken over by a private provider who could revamp Bircham Newton as a centre of excellence for construction.

“If they [the CITB] disappear they will take away the key people who can help to smooth that transition.”

The changes come as following the triennial vote on the CITB levy with support slipping from the 2014 vote to below 80%.

A number of trade bodies and firms, including the Home Builders Federation (HBF) and the UK’s biggest builder Balfour Beatty, blasted the group with a spokesperson for the HBF complaining: “Big builders are having to employ people specifically to make applications to CITB: a lot of small companies can’t afford that. It shouldn’t be that difficult to get out money.”

The CITB has promised an update on its plans early in the year.