Overall activity in February up on the month before

Different parts of the industry are continuing to pull apart in their rate of growth according to the latest construction output figures published by the Office for National Statistics.

The amount of construction activity increased by 0.4% in February from the month before, while the ONS revised its 2018 annual growth rate for the industry down to 0.3% from 0.7%.

Construction shrunk by 0.6% during the three months to 28 February, compared with the September-November period preceding it.

But headline output rates mask an emerging chasm between different segments of the industry.

Infrastructure once again spearheaded growth, rising in February by 2.6% on January, while private commercial work slipped by 0.5%.

The ONS said: “Overall, the top-level growth rate is representative of a very mixed picture at type-of-work level, with strong growths in certain sectors being more than offset by declines seen elsewhere.”

And the divide becomes starker when seen over a longer period.

In February, infrastructure output was 12.6% higher than in February last year, while private commercial activity was 9.3% smaller.

Private industrial output fell by 1.7% in February from the month before but the sector was still 4.9% bigger than 12 months earlier. 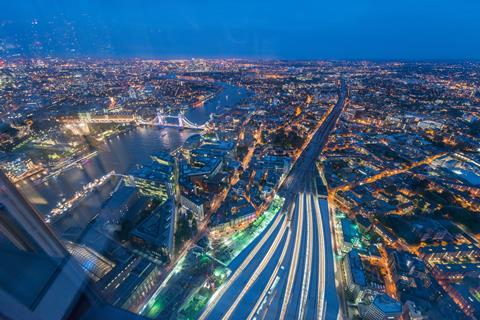 Mark Robinson, chief executive of Scape Group, welcomed the growth of social housing and infrastructure, commenting: “Both [sectors] are vitally important to the success of our local communities.”

He also expressed cautious optimism for the year ahead: “In the last 24 hours it is looking likely that EU leaders will offer Theresa May a year-long extension to Brexit.

“Incremental and short-term extensions prevent companies from pressing forward with essential projects. If this extension is agreed between the UK and EU leaders, the construction industry should experience a spring bounce back that should put us in good stead for the summer months.”