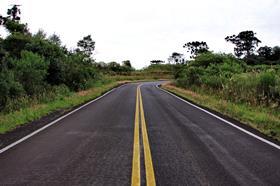 Infrastructure investment now would boost the whole UK economy by £100bn a year by 2026, a report has concluded.

The research conducted by the Centre for Economic and Business Research (CEBR) has found the UK’s decrepit infrastructure is currently losing the economy £78bn a year.

The report, commissioned by the Civil Engineering Contractors Association (CECA), concluded that the government should set a floor to ensure infrastructure spending does not fall below 0.8% of GDP to enable the UK to catch-up to its international competitors.

The report ranked the UK’s infrastructure  24th among its competitors, behind Switzerland, Germany, Oman and Korea.

Daniel Solomon, CEBR economist and author of the report, said the UK had “paid a high” price for its lack of infrastructure.

He added: “We estimate GDP might have been about 5% higher over the past decade if the UK’s infrastructure quality had been in line with countries like Switzerland and the Netherlands.

“This research has shown that improving UK infrastructure quality could help us to catch up with some of the world’s most competitive countries, giving UK businesses the connectivity they need to add real value to the economy.”

CECA said the government needed to aim to spend 1% of GDP on infrastructure over the next five years to make the UK competitive.

Alasdair Reisner, CECA’s director of external affairs, said: “This is not a problem that is acceptable to pass on to the next generation.