Interserve has sold its RMD Kwikform formwork and shoring business to a French firm for a reported £140m.

The deal with Altrad Group marks the latest part of the break-up of a business which also included a support services arm which was sold to Mitie last year while its healthcare division was also offloaded last November.

The construction division, which has reverted back to its historic Tilbury Douglas marque, is the only part of the business still under the group’s name. 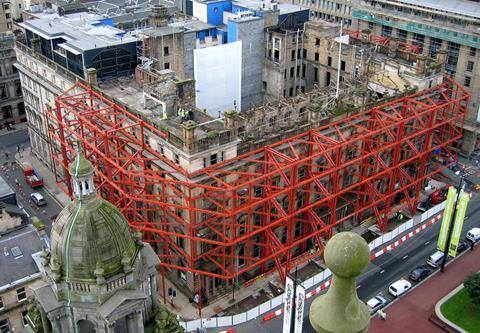 Considered the jewel in the crown, Interserve had previously mulled a sale of RMD five years ago to bolster its creaking finances under former chief executive Adrian Ringrose but the move was pulled.

Interserve, which was later hobbled by huge losses on a series of energy from waste contracts, collapsed briefly into administration in March 2019 but later re-emerged into three separate groups – support services, equipment services and construction.

RMD, which employs 1,300 people, is based near Walsall in the West Midlands and in its last set of accounts for the year to December 2019 posted improved turnover of £37.5m and pre-tax profit flat at £8.4m.