ISG bringing staff back from furlough

ISG said it is starting to bring back several furloughed employees as the firm admitted that its record-breaking results last year have been overshadowed by the covid-19 pandemic.

The firm has furloughed around 550 staff, around 14% of its 4,000 employees, as sites across the country shut down in the wake of the prime minister’s decision to put the country into lockdown more than eight weeks ago. 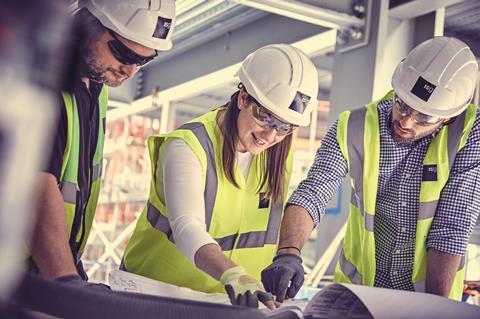 Around 550 staff are still on furlough

But a spokesperson said it expected the number to come down as more sites ramped up productivity in the coming weeks.

Chief executive Paul Cossell said the crisis had overshadowed a record-breaking year for the firm which saw revenue jump 16% to £2.6bn in the year to December 2019 with underlying pre-tax profit hitting £52m – a one third rise on 2018.

Pre-tax profit was up 61% to £44.2m as the firm said it was hit with £8.3m of exceptional costs including a £4.3m bill for shutting its operations in Brazil and the rationalisation of an office in Qatar that the firm was not using.

Cossell added: “Set against the backdrop of the covid-19 pandemic, I’m acutely aware that our record financial performance in 2019 must be contextualised within the unprecedented global economic crisis that we now face.”

But he said the sort of sectors the firm operated in would help it withstand the impact of the upcoming downturn.

“I’m confident that ISG’s expertise delivering across critical UK public sector frameworks and in global sectors that continue to record the greatest demand, including datacentres, distribution hubs, advanced manufacturing and R&D facilities, will see us emerge strongly in the post-pandemic period,” he added.

The firm’s biggest business is fit-out with revenue staying flat last year at £1.2bn. Income at its construction arm was up 8% to £562m while its engineering services business, which carries out work in the science, health and datacentre sectors, saw turnover jump nearly two-thirds to just under £800m.