Scheme in Leeds due to finish this autumn 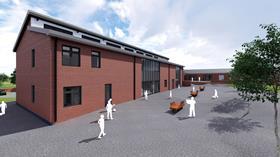 ISG has been appointed to extend and refurbish a primary school in the Hunslet area of Leeds by the city council.

The school will remain open throughout the duration of the project, with completion scheduled for late autumn.

The work will see the school eventually increase its capacity from 315 to 420 pupils.

The project was awarded through the YORbuild2 capital works public sector framework and is one of four education jobs ISG is working on in the Yorkshire and North-east region including a £14m extension for Leeds Arts University off the city’s Woodhouse Lane.