ISG is understood to have thrown its hat into the ring for a £110m mixed-use scheme behind the Piccadilly Lights at Piccadilly Circus.

Others thought to be chasing the Landsec deal in London’s West End include Wates and Skanska. 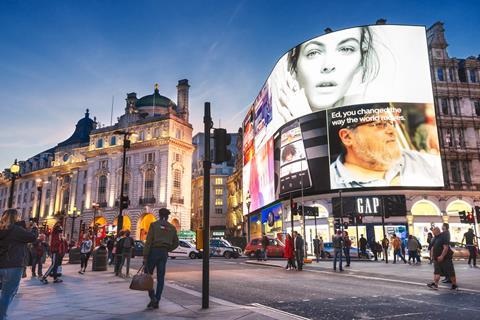 The lights first appeared in 1908

Demolition contractor Erith is working on the site at 1 Sherwood Street with Landsec planning a mix of offices, shops and apartments.

The work has been masterplanned by Fletcher Priest Architects with structural engineer Waterman also working on the scheme.

Bovril took the first ever neon sign used at Piccadilly Lights in 1923.

The lights first appeared in 1908.