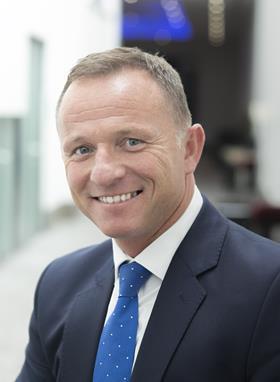 ISG has rejigged the management team at its £600m UK fit-out business.

The division, which hiked turnover by more than half last year from £396m in 2017, said it has promoted the head of its Agility business, which specialises in fit-out projects covering 50,000 sq ft or less, to run its UK fit-out arm.

Lee Phillips (pictured) takes over from fit-out’s chief operating officer Matt Blowers who earlier this year was bumped up to ISG’s executive board that also includes former Interserve construction boss, Gordon Kew, who joined the firm in January as head of its construction business in the UK.

The Agility division, which was launched in 2017 and is expected to post revenues of £125m next year, is now being headed by Nick Oddy, its former operations director.

UK fit-out is ISG’s biggest business with the division posting turnover of £609m in the year to December 2018.