A report commissioned by ISG has said the UK’s built environment needs to reduce its energy consumption by approximately 80% if the country is to meet its 2050 net-zero carbon target.

The findings, carried out by the Centre for Economics and Business Research, said all UK regions have some way to go to achieve carbon neutrality by 2050. 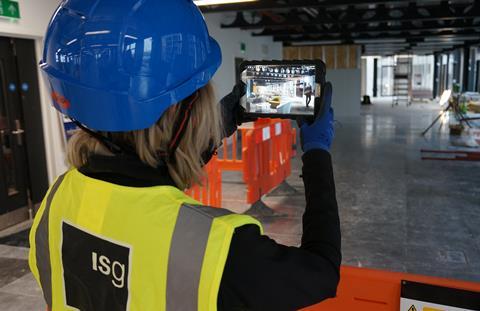 It added that the average energy intensity across England, Scotland and Wales was found to stand at 284 kWhe/m2, which will need to reduce to 55-70 kWhe/m2 by 2050 – equating to approximately an 80% reduction within the space of 10,455 days.

Analysis showed that the South-west is the least energy intensive region of the UK at 236 kWhe/m2, while Scotland is the largest consumer at 370 kWhe/m2.

Data suggested that poorly performing building services account for a significant percentage of energy use and emissions production.

But the report uncovered issues in the availability, timeliness and quality of data which it said underlined the difficulty the UK currently faces in creating a uniform and transparent process for benchmarking and performance measurement.

ISG’s group director for sustainable business Debbie Hobbs said: “This undertaking proved immensely challenging and points to a clear risk of not being able to transparently chart our progress towards a net-zero future. The key finding is to call out an immediate and collective response from government, industry and key stakeholders to formalise the framework for transparent and accurate data collection, along with consistent interpretation, in a timely manner.”

But despite gaps in the data, she added: “The scale of the challenge is starkly clear, with approximately 80% of buildings that will exist in 2050 already standing in our communities today and needing major refurbishment to achieve carbon neutrality. We must also be far more ambitious with those buildings currently under construction today – many of these constructed under the latest regulations will require significant renovations in order to meet 2050 net-zero thresholds.”