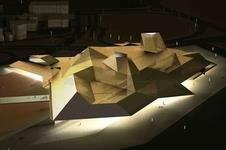 Italy has pledged a $5bn compensation package for Libya, which will fund construction projects. Italian premier Silvio Berlusconi went to Tripoli on Monday to meet the Libyan leader Moammar Gadhafi and finalise the deal, which will provide see Italy send $200m a year over the next 25 years to Libya in the form of investments in infrastructure projects. It will also help to fund student grants. Libya is currently building 27 universities.

Gadhafi said the agreement between the two countries would mean Italian companies would be given priority in Libya. A growing number of British, or UK-based, construction consultants are working in Libya, including WSP, RMJM, Hill International, Keppie, Davis Langdon, Buro Happold and BDP.

In August, Italy and Libya reached a compensation agreement over Italy's occupation of Libya between 1911 and 1943. Under the agreement Italy apologised for the excesses committed during its colonial rule.