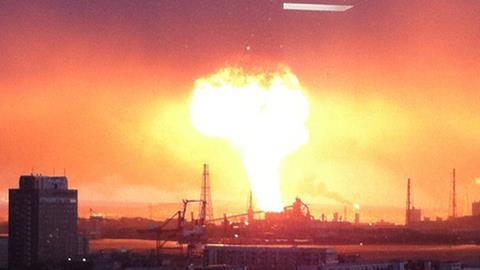 An earthquake off the north east of Japan has triggered a powerful tsunami, causing widespread destruction across the country’s coastline.

TV cameras captured footage of waves as high as 10 metres sweeping away cars, roads and buildings.

There are fears many could have been killed or injured following the 8.9 magnitude quake, which stuck at a depth of six miles, about 80 miles off the eastern coast.

The quake rocked buildings in Tokyo, over 240 miles south of the epicentre.

Nuclear power facilities across Japan were shut down, causing widespread blackouts. The prime minister reported no radiation has been leaked. Picture show an oil refinery in Ichirara, to the east of Tokyo engulfed in flames.

While British surveyors have taken a role in surveying buildings for damage and vulnerabilities in other contexts RICS was unavailable for comment on this matter.