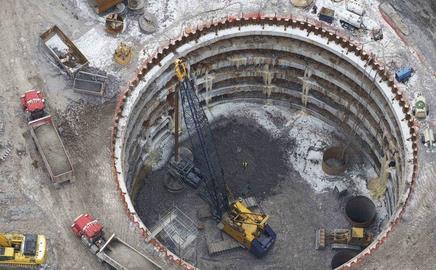 Groundwork specialist Keller has said has the mass redundancies at an American arm will not be repeated in the UK.

The firm announced strong results for 2007 but it emerged it had made 400 redundancies at Suncoast, its materials business in Houston, Texas. These occurred last year, and were blamed on the US housing slump. The job losses represented 40% of the staff at the subsidiary.

Justin Atkinson, Keller’s chief executive, said: “The dynamics of the two markets are different. In the UK we are not building enough homes, whereas in the US it will take the rest of this year for things to start picking up.”

He added that the UK accounted for less than 10% of Keller’s workload.

Atkinson said only half of Keller’s turnover was now from the US, as opposed to 70% last year, which meant the business was better protected against global economic cycles.

Andy Brown, an analyst at Panmure Gordon, said although investors were nervous about Keller’s exposure to the US, a broad mix of profit sources and infrastructure-driven growth had led to strong results.

Wayne Gerry, an analyst at Dresdner Kleinwort, said Keller’s performance was impressive and described the company as “robust”.

Atkinson said 2008 had started well. “In the first few weeks new orders, tendering and trading have been encouraging. At the end of January we had a record order book, with all four regions ahead of the same time last year.”