Keltbray expects to complete its redundancy programme by the end of next month as its latest results show income topped the £500m mark for the first time.

The firm said last month it was having to cut 300 jobs from its 2,000-strong staff because of the covid-19 pandemic. 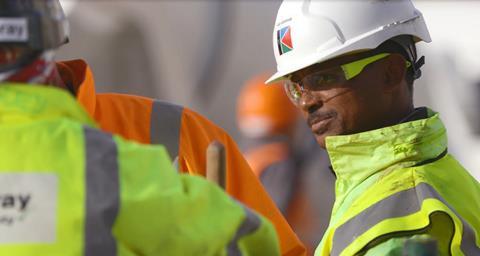 The firm employs around 2,000 staff

Chief executive Darren James said the firm’s commercial work in London had been particularly hit with its built environment division bearing the brunt of the losses.

The firm had already put together its latest annual figures by the time it announced the cuts and in the year to October 2019 it said income was up 41% to £563m. But pre-tax profit fell to £10.5m from £17.8m with the firm blaming falling margins for the slump.

Last November, the firm’s group commercial director Vince Corrigan told Building: “We look for operating margins of 5%-6%. That’s appropriate for what we do, the risk we take and the self-delivery model we have. Margins of 2% are not appropriate.”

Its biggest division remains its specialist contracting services arm which saw revenue jump more than one third to £396m.

The division, which is working on the third phase of the Battersea Power Station redevelopment and carried out piling work at Landsec’s Nova East office scheme in London’s Victoria, carries out demolition, groundworks and piling work.

Its rail and infrastructure arm saw revenue during the period jump 45% to £167m.

Meanwhile, another private contractor saw revenue break through a landmark figure for the first time with turnover at Bowmer & Kirkland up 14% to £1.07bn.

Pre-tax profit at the Derbyshire firm was up one third to £73m in the year to August 2019.