Football club and Thames Tideway between them handing over more than £3.5m to scheme in Fulham

Kent contractor Neilcott Construction is set to start work next month on a new arts and community centre which is being partly funded by five-times Premier League champions Chelsea.

The Europa League finalists are handing over £1.6m to the scheme, called Sands End Arts & Community Centre, which is also being bankrolled by £2m from Thames Tideway.

The scheme is part of the pair’s community obligations for the super sewer and the now ditched Herzog & de Meuron stadium in the borough of Hammersmith & Fulham.

The new centre will be built in and around the currently disused Clancarty Lodge in South Park, Fulham.

Designed by Mae, the buildings will frame several different outside spaces, including what is dubbed an arts courtyard, paved with clay bricks with pockets of gravel, leading to an existing walnut grove.

Work is due to finish next year. 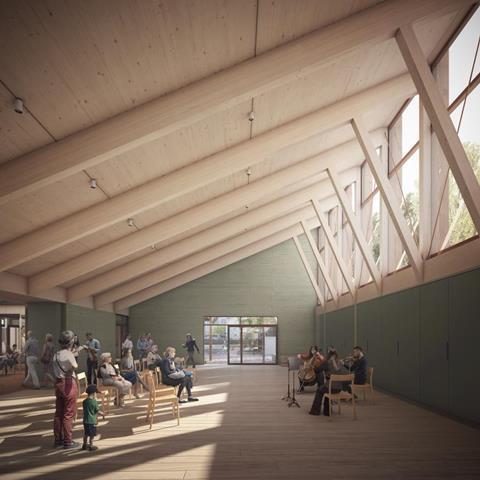