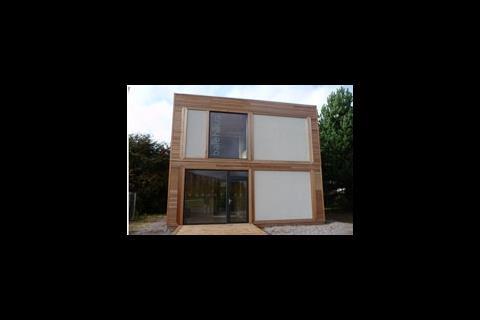 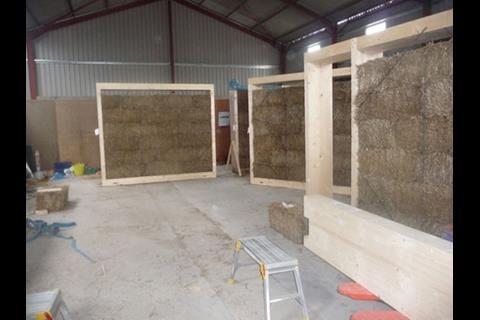 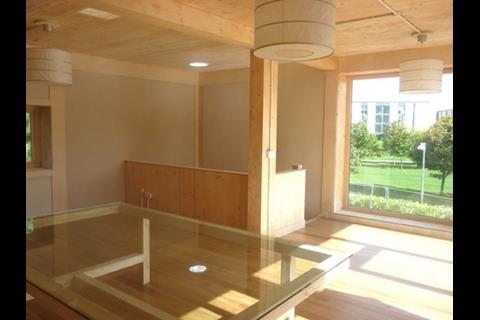 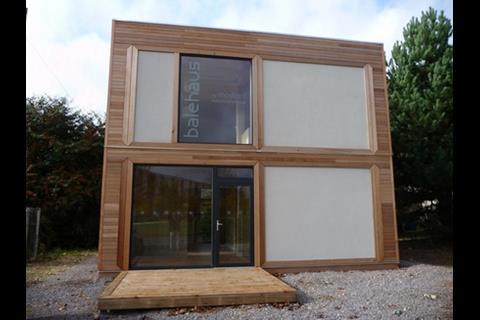 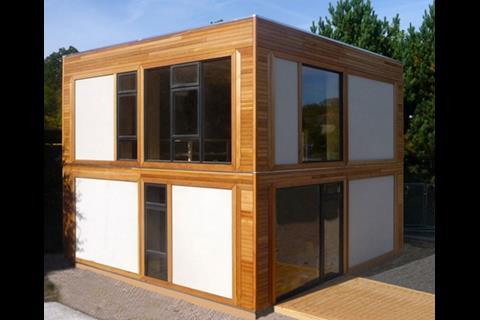 Houses constructed from straw and hemp could become commonplace following the unveiling of a prototype scheme at the University of Bath today.

The BaleHaus@Bath, which will be officially opened by Kevin McCloud, is constructed from prefabricated panels made of a structural timber frame infilled with straw bales or hemp and rendered with a breathable lime-based system.

It is the creation of White Design in Bristol and Integral Structural Design in Bath and will be assessed by researchers at the university’s Centre for Innovative Construction Materials over the coming year to see if the materials can be used more widely in the industry for housing.

The approach has the potential to help the UK meet its carbon reduction targets. The ModCell straw panels use replenishable, virtually unprocessed and where possible locally sourced materials to create walls that breathe, have a less than zero carbon footprint - each 3m x 3.2m panel sequesters 750kg of CO2 - and has a U-value of 0.13W/m2K, nearly three times higher than the current Building Regulations require.

Previously the panels had only been used for cladding in larger framed buildings where there was no requirement for structural strength other than wind loading. For this building the panels are in a load bearing situation, where they have to support the building’s weight and also provide racking strength to stabilise the building.

The prefabricated panels used in the BaleHaus have also undergone fire safety testing at the University of Bath which shows that they are safe even when exposed to temperatures over 1000°C. To reach the required standard the panel had to withstand the heat for more than 30 minutes. Over two hours later - four times as long as required – the panel had still not failed.

Professor Pete Walker, director of the University’s BRE Centre in Innovative Construction Materials, said: “Whilst we’ve previously done tests on individual ModCell panels, this is the first time data have been collected from a complete house.

"We’re hoping this will lead to these renewable materials being used more widely in the building industry for housing in the UK."

The research work on BaleHaus has been funded by Carbon Connections and the Technology Strategy Board.