Keltbray is furloughing around a third of its workforce with the firm introducing a range of pay cuts which has seen the main board agree to a 50% salary reduction.

The company is one of the key subcontractors in the London market and carries out well over half of its business in the capital. 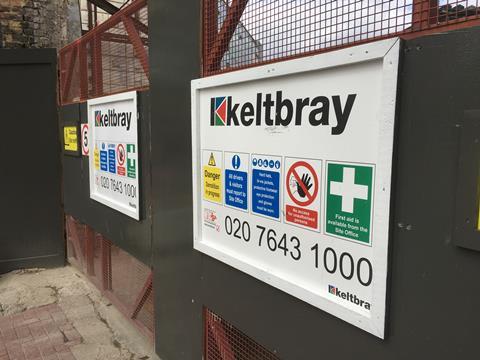 Keltbray sites in London have been hit byt the coronavirus outbreak

But London has been hardest hit by the decision of firms to close sites because of the coronavirus pandemic and Keltbray has seen work at more than 20 sites, including Battersea Power Station, 40 Leadenhall Street and Chelsea Barracks, grind to a halt.

A spokesperson confirmed 773 staff had been furloughed with a sliding scale of pay cuts also introduced.

Executive chairman Brendan Kerr said: “It is imperative that people who are unable to work remotely, and our lower paid staff are protected as much as possible from the financial impacts. Therefore, it is only right that the most senior people in Keltbray make the largest contribution. We will get through this period by working together.

“It is impossible to predict how long this crisis will last and we cannot rule out further cash protection measures as part of our resilience programme. However, with the response I have seen from our people to date, I’m convinced we will rebound from this period a stronger, fitter business with jobs safeguarded for the long term.”

The firm’s work for Network Rail, such as overhead line work, has not been affected while its utilities business has also escaped unscathed.

Keltbray recently completed work on preparing land to build a surface car park for around 2,000 cars, close to the temporary NHS Nightingale hospital at the ExCeL centre in east London.