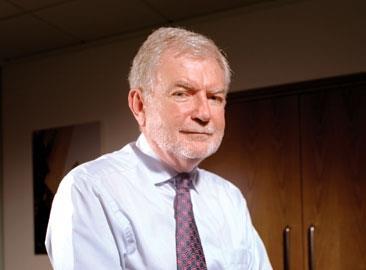 In a trading update, the group said results would benefit from a strong performance in its construction and support services businesses.

The consensus forecast for the 12 months is pre-tax profit of £90m on turnover of £2.3bn.

A company statement said: “We continue to see little evidence of a slowdown in the construction and support services markets, both of which continue to perform strongly and have record order books.”

As a result, Kier confirmed it was closing four out of five of its offices in the residential division and reducing headcount by 350, or 60% of its staff.

It added: “We are very cautious on the outlook for 2009 and we are taking appropriate action to reduce our cost base.”

As revealed in Building in May, John Dodds, chief executive of Kier (pictured), said the company would focus the residential division on the affordable housing and regeneration sectors. He said: “We will run a smaller, leaner operation in the future.”

Kevin Cammack, an analyst at Kaupthing, said the fact the group had only £50m of outstanding land creditors or commitments meant Kier should have its private housing operation under financial control by the end of the year. He added the company remained one of his “top picks” in the sector.

Others were less sure, pointing to its exposure to the property market, which the group said was suffering from slowing occupier demand. One analyst said: “With continued uncertainty in housing and property we do not believe it is right to issue a positive recommendation. The strong balance sheet does, however, give the group some support.”

Kier said the level of tender awards in its construction arm had been very high, much of which was generated through framework deals. Its support services division has also won “a number of new contracts”.

For all financial results go to www.building.co.uk/finance