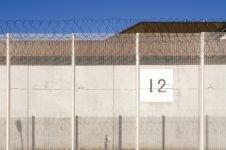 Work at 1,620-place Featherstone jail will start this summer

The Ministry of Justice confirmed today that Kier has won the contract to build the £150m Featherstone prison in Wolverhampton.

Minister of state for justice, Maria Eagle, said the firm, which Building tipped as the winner last week, had been named preferred bidder for the new-build jail in the West Midlands.

Preparatory work for the 1,620-place scheme is due to start this summer, with main contract work beginning later in the year. The first two house blocks are expected to open in spring 2012 and a third block in summer 2012.

The government said a separate competition to operate the prison would be announced in due course.