Plans for Foxes due to be submitted this summer

The scheme will be submitted to local planners later this summer and includes 14 football pitches, a full-size indoor pitch and show pitch.

It will also include an academy and will keep nine holes of an existing golf course for private club use.

KSS said the initiative was intended to make the Foxes, who finished ninth last season and 12th the season after they won the title, “a consistently competitive force in the Premier League”.

Deloitte is acting as planning consultant on the scheme which will be built in Charnwood, Leicestershire. 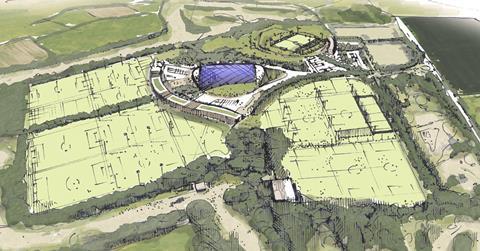 How the new facility will look