Chairman Ray O’Rourke had promised them by today 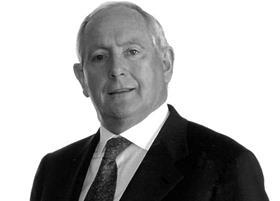 Laing O’Rourke is now expected to file its accounts next month after admitting to fresh delays in putting them together.

The country’s biggest private contractor had said before Christmas that its results would be filed at Companies House by today (Wednesday).

But the firm admitted “this has not been achievable” with the company now expected to publish its numbers next month once its auditor PwC has wrapped up its work. It added Companies House had been notified about the delay.

Laing O’Rourke’s biggest division is its plc arm which covers its operations in Europe, Canada and Abu Dhabi and includes dozens of subsidiaries such as its Select plant hire business.

The plc arm had been due to file its accounts for the year ending March 2017 by the end of last September – meaning they are already four months late.

Three days before Christmas, chairman Ray O’Rourke said the firm had struck a deal with a local contractor to carry out the remaining second phase of work at its loss-making PFI hospital scheme in Canada.

He said the news that Pomerleau would take over this work at the Centre Hospitalier de l’Université de Montréal (CHUM) would draw a line under the huge losses it has racked up on the scheme and meant it could now get on with filing its accounts by the end of January.

O’Rourke (pictured) said the group results will show a profit – although he admitted this was before exceptional items, which are expected to include the CHUM project.

Last year the firm said the Canada job had blown a £93m hole in its accounts which, along with problems at its offsite manufacturing business, compensating blacklisted workers and restructuring costs, helped send Laing O’Rourke plc crashing to a £267m pre-tax loss on revenue of £3bn.