Legal and General has appointed a UK Green Building Council director as its new head of sustainability. 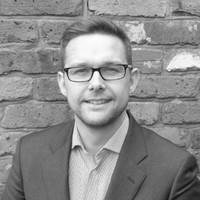 It follows LGC’s pledge last year to make all of its new housing stock operationally net zero enabled by 2030 – across all homes invested in or built by the group.

Alker, who has also served as a board director for the World Green Building Council, joined the UKGBC in 2007 in the year it was formed as director of policy and places. He also held the role of interim chief executive for four months in 2015.

Prior to these roles, Alker worked for two years as a senior public affairs officer at the WWF, where he led political communications for the UK branch of the environmental organization on an EU sustainable homes campaign.

While in the job he planned and participated in former prime minister David Cameron’s ‘hug a husky’ campaign in 2006, where the then-leader of the opposition was photographed hugging one of the dogs on a trip to the Arctic as part of a brand reinvention for the Conservative party.

Other roles Alker has previously held include a two year stint as a researcher for two Liberal Democrat MPs.