Firm still yet to share any income five years since launch.

Legal & General’s modular housing business has posted a loss for the fifth consecutive year, taking its total losses to £137m since 2016.

L&G Modular Homes, set up by the insurance giant to deliver 3,500-homes a year, made a pre-tax loss of £30.2m in the 2020 calendar year, according to its latest accounts. The total loss, once income tax credit has been taken into account, is £25.4m. 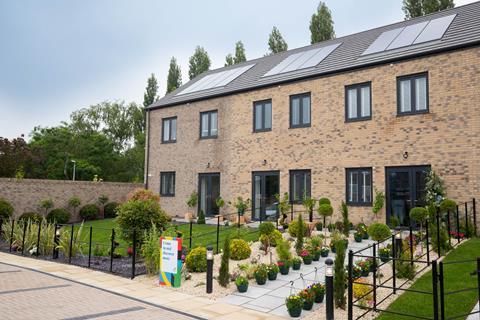 The firm is working on this scheme in Selby, North Yorkshire

It has still yet to show any revenue in its accounts, even though chief executive Rosie Toogood said last September that the company’s first 154-home project in Selby, North Yorkshire, was “substantially complete”.

L&G Modular said it was unable to comment on the fresh losses. Previously it has said they were to be expected given the investment needed to get modular housing production up and running.

Despite the losses, the accounts have been prepared on a going concern basis, due to the expectation of ongoing financial support from its parent company, insurance giant Legal & General.

The accounts also show parent company Legal & General Homes Holdings put £37m into the firm in 2020, an 85% increase on the £20m the previous year.

The firm, which has targeted building 3,500 homes a year at its factory in Sherburn-in-Elmet, West Yorkshire, has shown signs this year of ramping up activity after a series of false starts delayed development.

In March, it said it was taking on 350 new staff and has started work on its 185-home in Lockleaze, Bristol. In July, it acquired a site for 153-homes in Broadstairs, Kent.

L&G Modular’s 550,000 sq ft factory builds homes out of cross laminated timber and can also produce apartment blocks, up to five storeys in height, from concrete and steel. External cladding is put in place after installation on site.