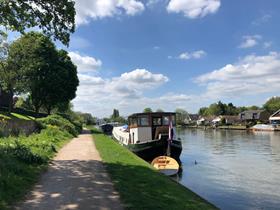 Legal & General has snapped up a plot in Surrey from British Land to build 300 homes for its retirement brand Guild Living.

The firm launched the business in the spring with schemes aimed at the over-65s and built in urban areas, close to amenities and town centres.

The deal with British Land is for a 2.5 acre site in the centre of Walton-on-Thames (pictured) and is Guild Living’s third development. The group’s other two schemes are at Bath and Epsom in Surrey.

L&G has said it plans to build more than 3,000 homes under the Guild Living umbrella in the next five years, worth £2bn. The business is headed by former Lendlease retirement living managing director Michael Eggington.