US law firm Cooley has become one of the first firms to publicly confirm it is moving into the 22 Bishopsgate tower.

Headquartered in California, the firm opened an office near Liverpool Street station in London in 2015 and has since opened a second European office, in Brussels, earlier this year.

It is taking 75,000 sq ft of space across three floors at the PLP-designed tower which is being developed by property veterans Sir Stuart Lipton and Peter Rogers. Main contractor on the scheme, which has a £600m construction pricetag, is Multiplex.

The building, which is 278m tall, topped out in the spring.

Cooley specialises in the tech and life sciences sectors and its clients include rideshare app Uber.

It said the firm’s 200-plus employees will move into the City’s tallest building in the third quarter of next year – meaning it will have swapped offices by the end of September.

Its chief executive Joe Conroy said: “This stunning new space will further strengthen our ability to grow with and represent the world’s most dynamic companies.”

Cooley was set up in 1920 and has 10 offices on the US and a further five overseas. 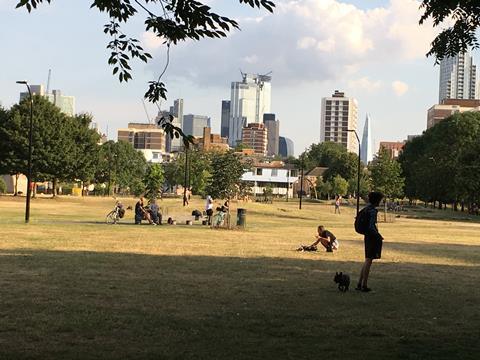