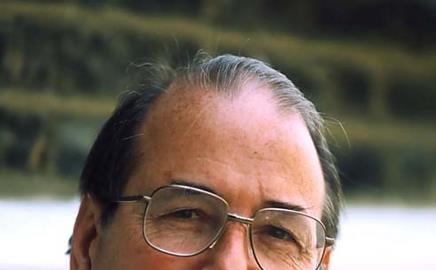 Back in 2002, the Government promised it would be able to implement every last scrap of European energy performance building legistlation on time. What happened next? Not an awful lot, says Andrew Warren of the Association for the Conservation of Energy, apart from a lot of CO2 emitting.

So the introduction of the energy performance certificate package has been changed again. Is this really a cause for celebration? No. It is more a cause for depression, at the continuing number of lost opportunities to improve our building stock.

The provision of energy performance certificates is one of the key requirements of the European Energy Performance of Buildings directive. As long ago as 2002, this directive was agreed unanimously by every European government. As well as by all the elected members of the European parliament.

Announcing its adoption, the minister who had headed the negotiations, Michael Meacher, promised that, as there was well over three years before all the initiatives agreed had to be put in place, he could unequivocally commit the UK to implementing the directive, in full, from Day One.

And Day One was the 4 January. In 2006. Over two years later, large parts of the directive still await being implemented in part, let alone in full. Indeed the latest timetable has Article 9, covering inspection of air-conditioning systems, not due to begin even three years late.

What is the ecological consequence of this administrative tardiness? Back in 2002, the European Climate Change Programme concluded that the directive could be saving over 8 megatonnes of carbon dioxide in the UK, by 2010. But that assumed that all the "necessary infrastructure" - defining, then training energy inspectors; adopting the measurement methodologies to enable the software to be written; agreeing the design of any certificates to be displayed – was in place, on time.

The construction industry responded magnificently. By early 2003 every professional institute, every relevant trade association had linked up, under DIAG (Directive Implementation Advisory Group), to prepare practical plans and solutions , in order to deliver the directive in full, and on time. Inevitably at various stages decisions were sought from government, on that “necessary infrastructure”. These were seldom forthcoming, and certainly never on time to meet that legal start date.

The date came. And it went. A series of introduction dates for energy certification, for homes and then for commercial buildings, were announced. Again and again, these were put back. Never forward.

UK in the dock

Earlier this year the UK government was, again, made subject to formal infraction proceedings by the European Commission. Because of its tardiness in bringing forward the necessary legal processes. Let alone implementing them.

Last summer, our government sent its latest Action Plan for energy efficiency to Brussels. Tucked away in paragraph 422 was a sorry admission. That the anticipated savings in 2010 from this directive had been reduced. Down to just 1.6 megatonnes of carbon savings. Since then, there have been still further delays. Probably leading to an even lower savings potential.

Buildings are responsible for 45% of carbon dioxide emissions. The International Energy Agency assesses them as being where the cheapest and easiest savings can be made. They are right. But we can never realise this potential if we just carry on watering down and delaying every step to achieve that goal.

Andrew Warren is director at Association for the Conservation of Energy