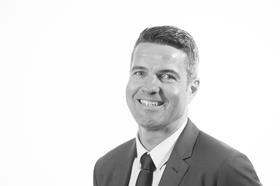 Walton (pictured) spent more than three decades at the business, most of which was bought by Wates three years ago.

Torsion, which was founded by Dan Spencer, former regional managing director at GB Group, which went bust in 2015, said it wants to increase turnover to close to £60m this year.

The firm specialises in student accommodation and housing and recently won its largest deal since setting up – a £28m residential scheme in the middle of Birmingham for a team including developer Court Collaboration.

Other projects have included completing work last September to turn dilapidated offices in Reading into a 145 room student accommodation block.

Spencer, who spent eight years at Laing O’Rourke before joining GB, has moved up to the position of chief executive which includes its construction, homes and developments business.