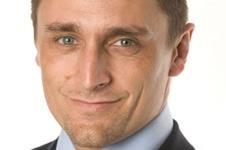 The chief of Lend Lease's Europe division has been appointed chairman of the UK Green Building Council.

Daniel Labbad has been on the advisory board of the UK Green Building Council (UKGBC) since its launch in 2007. He will succeed Peter Rogers, who has been chairman of the organisation since its inception.

The appointment comes as all political parties look towards the construction and property sector to deliver on sustainability targets.

The UKGBC is urging the industry to cut carbon emissions from the built environment by 50% in the next 10 years.

Labbad said: “The property and construction industry faces a number of challenges, but none more pressing than sustainability. I believe we can and must meet this challenge and do so in a way that leaves the industry a better, more prosperous one as a result.

“The UKGBC is central to this vision and has already established itself in a leadership role. I'm looking forward to building on this and see UKGBC as the most significant single voice, bringing together both government and industry to drive the progression we need.”

Peter Rogers said: “When we established the UKGBC we said it had to make an immediate impact. It has met and exceeded my expectations. I'm proud to have helped steer it to the position it is in today.”